"The Candidate" The Official video from the album "Anti​-​Solipsism pt​.​1 Creatures" 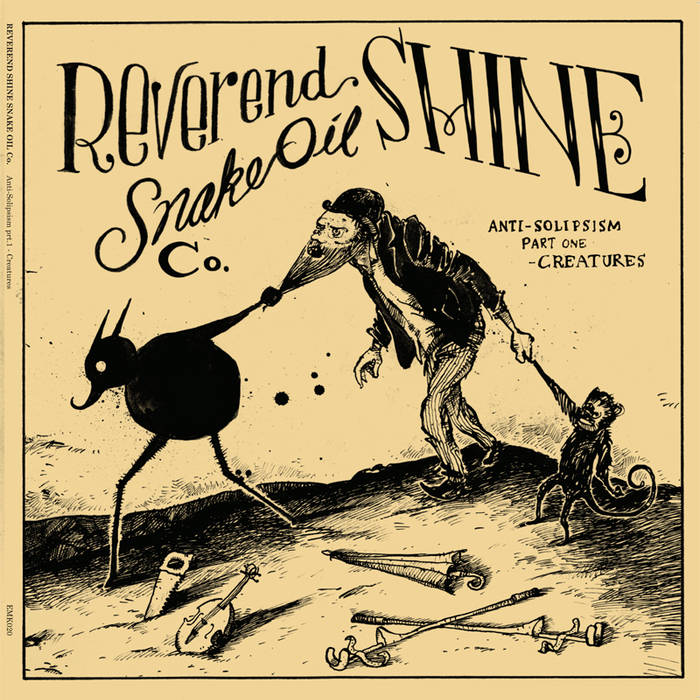 "The Candidate" is a cult of personality. Our leaders, our idealized selves bearing striking resemblance to the Ringleaders of a circus or the magician at a county fair "listen to what I am saying right here, while I make things happen over there. Distraction and misguidance are their tools of choice; double-speak and flattery leave us with no voice.
Challenge your existence and know that you are here, for every second we waste is another decade of despair! -Rev. Shine

"The Candidate" is about the circus-like spectacle of political posturing and the absurd, if not dangerous, nature of power-hungry individuals. History repeats itself as characters engage their quest for domination over man and nature, at once sinister and comical. Everyday people clap joyously as they "vote" for their candidate of choice, an illusory exercise mired by corruption as ink seeps into layers of time. In keeping with Rev. Shine's style, we looked to the past for relevant commentary on present-day events. --Sarah Price